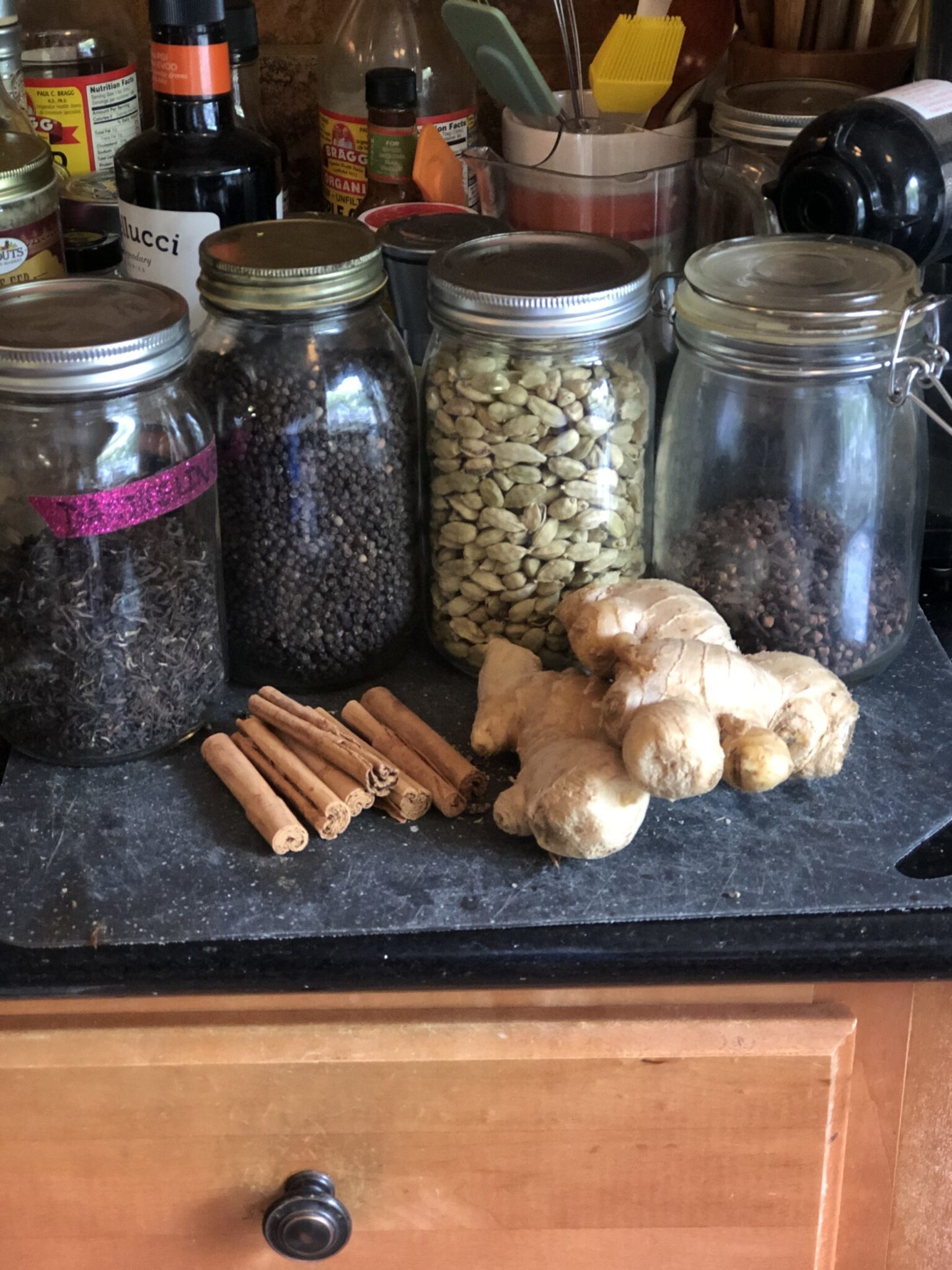 *Milk and Honey to taste (*optional)

If you go cup by cup, you can leave the raw tea on the stove on the lowest flame to enjoy all day.

**Milk helps to ease the shock of the spiciness on the stomach and intestines so drink with milk if you’re sensitive.

For a stronger tea you can let the spices sit and sink to the bottom. If the tea gets really strong you can cut it with milk or reconstitute with a little water.

When the tea seems ready, you can strain it out into jars and let it cool.  The spices are still good and you can get another boil out of them.  Some people like to remix the first batch with the second and then bottle it for evenness.  The second batch is usually more peppery because the peppercorns really release the second time around.

When Yogi Bhajan was a military commander in India there was an epidemic among the troops. He ordered all of his men to fill their canteens with yogi tea and drink nothing else, not even water. His Battalion was the only unit that didn’t get sick! Yogi tea purifies the blood, lungs and circulatory system. It cleans the liver and has many more unseen benefits. It’s good to drink this tea every day.