Ganpati Kriya, or Gunpati Kriya is known as the kriya to make the impossible, possible.  In the video below Yogi Bhajan gives the kriya for the first time to a class and explains it’s origins and effects in detail.  Ganpati is another name for Ganesha, the Hindu Demi-God who embodies the energies of breaking through obstacles.  Hence, the name impossible possible kriya. 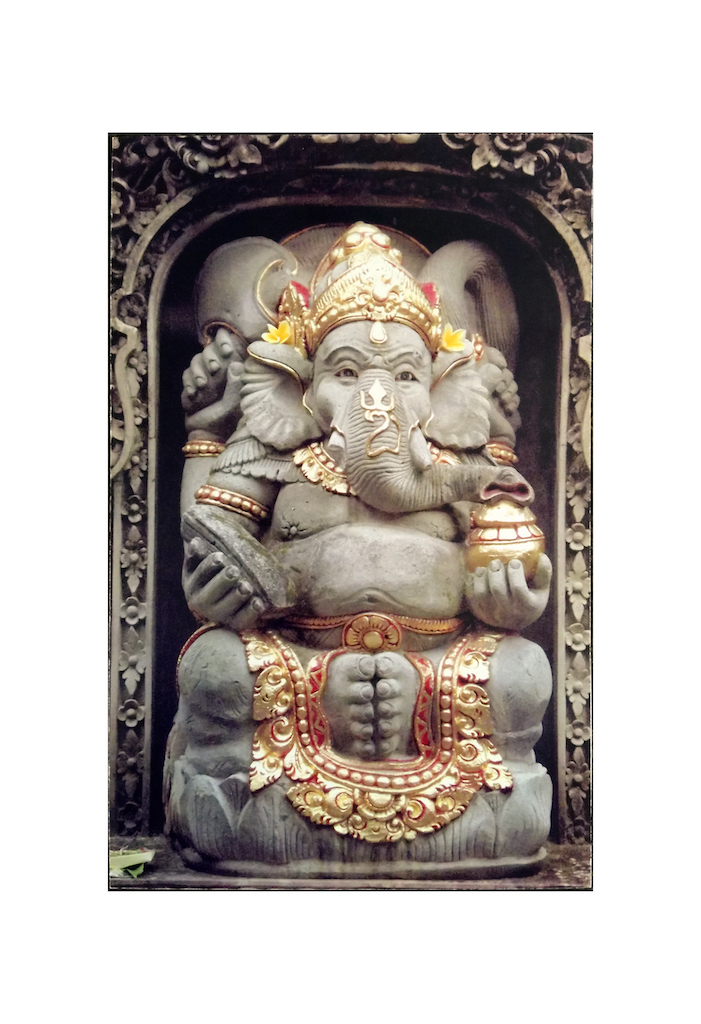 The thing about the words Impossible and Miracle is that they point to the all – possibilities that we know exist. There’s infinity and from that everything should be possible. Right? So why do some things seem impossible? Why do we perceive or imagine that we have disabilities?

A miracle is only a miracle because you couldn’t perceive its possibility before it happened. SO when it shows up, you call it a miracle. The word miracle implies divine intervention. We’re coming into a new age, where people are recognizing their divinity and that their energy is a part of the whole, one node on the big network of universal infinite energy. Did you get that? You are a piece of the big pie in the sky which is not only in the sky but in every molecule everywhere. So where’s the problem? I love Yogi Bhajan’s quote: “I don’t believe in miracles, I rely on them.” The higher and wider you can open your mind and the more energy you can contain in this vehicle of yours, the more you can experience miracles and the more you start to live in a place where the impossible is possible.

It takes a little work though. Enter Ganpati Kriya. How Ganpati works is that it cuts through the samskars. Samskars are like the radioactive energy of Karma. Again, we’re on one big network. So every time you do something, it’s recorded. Nothing goes unnoticed and it gets stuffed into your subconscious mind. When you’re in line with the flow or beam of your soul, there’s no Karma. In the flow it’s all a go. When you act outside of the flow, it causes a ripple in the matrix and that’s recorded in the akash— the ethers. There’s a recording mechanism on this network of energy called the akashic record. That is where your karma report card lives. Again, since it’s a network, it’s on your computer too. There’s a folder on your desktop that’s also on the cloud and your karma is right there for easy access. That folder is what causes the Samskars. Samskars are waves of the mind. That’s what keeps you in the game of karma. You’ve heard the term, “wheel of karma?” That’s because it’s like a vicious circle. You have karma. It causes waves of thoughts to come into the mind. You react to those thoughts. You take action based on those thoughts. And Boom! Karma stays and gets repeated. Many souls have been caught in this cycle for millions of lifetimes.

This is where kriyas like Ganpati Kriya come in and seem to work miracles. By chanting primal sounds, you realign the chakras, you stimulate the glandular system, raise the energy through a new pattern. This energy cuts through these samskars, freeing you little by little. When you do these meditations, and chant these mantras, you end up changing the channel. Instead of the vibratory signal of your karma, you change the frequency of your whole being and a new vibration sends out a signal to pull in a different stream of thoughts.

You no longer subscribe to the wheel of Karma. You create enough energy to make a better choice and you choose a better thought to energize. This can happen so fast that sometimes you won’t believe it. Believe it. There’s a part of us that’s infinite, so we expect fast change and miraculous progress, but when it doesn’t happen we get negative. Kundalini yoga is a super human technology that works really fast to dump garbage and allows you to move in a more positive direction. Question is, can you keep up with it enough to let the changes happen?